Everything You Need To Know About The Nintendo Characters

Nintendo characters have been with many since the late 80s. Nintendo is known for creating incredible franchises like Mario, The Legend of Zelda, Star Fox, Fire Emblem, Kirby, and Metroid. What is more impressive than Nintendo’s extensive list of IP created, is the specific way in which each character is characterized.

Fans of the Fire Emblem series have come to expect a certain level of description and characterization for the characters in the game. Likewise, if you are playing a Mario game, you expect to see Mario, Luigi, and even Bowser. If you aren’t familiar with Nintendo’s long legacy of characters, then we can get you up to speed on characters from their franchises. Since Nintendo has created several great characters, we thought that it would be cool for us to explore some of the coolest ones. We picked 9 Nintendo characters and decided to provide as much information about them as possible. So, let dig deeper into these awesome characters.

9 NINTENDO CHARACTERS AND EVERYTHING YOU NEED TO KNOW ABOUT THEM

Samus Aran is an intergalactic bounty hunter at the forefront of Metroid. She first debuted on the scene in the first Metroid game in 1986.  Samus Aran has had a long-storied history of going up against insurmountable odds and coming out on top.

Her long list of accomplishment sees her taking out the Spice Pirate base on Zebes, and defeating Mother Brain, the controller of Metroid. She utilizes a power suit to combat multiple enemies. Her power suit allows her to use an arm cannon, Samus’ signature weapon.

When Samus’ power suit receives critical damage, she is left with her Zero Suit. With the Zero Suit, Samus can perform more acrobatic movements. She also has a paralyzer gun equipped that helps stun enemies.

Samus Aran is one of the first female protagonists Nintendo had. She is strong-willed, compassionate, and always treats her mission with the utmost importance. 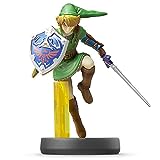 The Legend of Zelda series is one of the most popular video game series in video game history. It is also important to note that many people thought Link’s name was actually Zelda because it was assumed the game was about him.

Link is the hero the player takes control of in most Legend of Zelda games. In most iterations, he is a protector and defender of Zelda. His main objective is to protect Hyrule from the evils of Gannondorf.

Link usually wears a green tunic and green cap. He is normally seen wielding a sword in his left hand, and a shield in his right hand. He is a proficient sword user and excellent at hand to hand combat. He has somewhat super human strength as he is able to lock swords with incredibly powerful foes.

Princess Zelda usually players a major role in most Legend of Zelda video games. Her name is in the title and often times players think the hero you play as, Link, is actually Zelda. This is not the case.

Zelda is Hylian royalty and his incredible magical and psychic powers. She usually assists Link in whatever objective he may have. She is usually seen wearing a dress of some sort. In multiple games, Zelda wears ornate jewelry, and her clothes usually bear the crest of her family.

In some games, Zelda can transform into an assassin named Shiek. As Sheik she can perform a number of stealthy maneuvers, is a hand to hand combat expert, and can through need like kunai.

Zelda is not always a damsel in distress. In some Zelda games, it is her direct action, and realization of her own power that usually saves the day.

Mario is one of the most popular Nintendo characters to date. This plumber is easily recognizable with his red cap, red shirt, and blue jean overalls. Mario resides in the Mushroom Kingdom. Along with his brother Luigi, he usually thwarts the evil plans of his arch-nemesis Bowser.

In most Mario video games, Marios is around the age of 25 to 26. Mario has had a number of positions outside of being a plumber. In one incantation Mario was a physician. In another incantation, Mario is an archaeologist. Among the wild list of jobs Mario has had, he has even worked as the President of a toy making company.

One of the final interesting aspects of Mario’s character, is that he is not always the protagonist. In the game Donkey Kong Jr., Mario kidnaps Donkey Kong! Despite being a villain at times, Mario is one of the most identifiable Nintendo characters.

Luigi is Mario’s younger brother. Despite being younger, Luigi is quite a bit taller than Mario. Luigi is usually seen wearing his signature green shirt with blue overalls. In most Mario video games, you can play as Luigi by plugging in the second controller.

Luigi doesn’t just appear in Mario games though. He has had video games where he is the main protagonist. Luigi’s Mansion is a well-known game that came out for the GameCube in the early 2000s. This game featured Luigi battling ghosts and ghouls in his quest to rid a mansion of horror and save Mario.

Luigi is usually quiet and timid, not being as outgoing as Mario. While no specific love interest for Luigi has been stated, it is theorized that Daisy and Luigi are in a relationship. Not even the younger green plumber can escape the tabloids.

Rosalina was first introduced in the Mario Galaxy video games. She is a tall, powerful individual who is tasked with ruling over the cosmos. Rosalina is seen as a wise and mature character. She is seen as the general caretaker of the Lumas, star like creatures that resemble power stars.

Rosalina is very powerful as she has the ability to create force fields. She is also skilled with a wand and can summon stars from her wand. She also has teleportation and telekinesis powers as well. One of her final powers is the ability to summon shooting star showers. 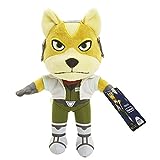 Fox McCloud is the name of the lead protagonist from the Star Fox series. He is a red fox that is an exceptional pilot and ground fighter. Fox McCloud lost his father due to a setup by the mad scientist Andros.

Though Fox McCloud was only a cadet in the Cornerian Defense Army Academy, he dropped out so that he could help avenge the death of his father. He got his first real look at battle when General Pepper assigns him a task to stop Andross from building an empire in the Lylat system.

Fox McCloud is relatively silent and laid back, save for a few moments. One moment when Fox shows emotion is when Andros self destructs, attempting to take Fox with him. While Fox may show little emotion, he cares desperately about his team and shares a fond rivalry with Falco Lombardi. 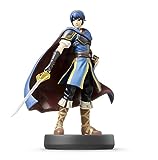 Marth is a protagonist Lord class hero from the Fire Emblem Series. Many people know Marth from his inclusion in Super Smash Bros Melee. Marth is an exceptional combat specialist and fights with the famous Falchion sword.

Kirby is the leader of the famous action platforming series by the same name. Kirby is a small pink hero that has the ability to suck up people or objects and obtain their power. Kirby is an expert puzzle solver and a capable fighter.

Kirby comes from the country of Dream Land. Kirby’s main opponent is the villainous King Dedede. Kirby also does battle with Meta Knight from time to time. It is also important to note that Kirby generally does not speak. If Kirby does speak it is usually to grunt or to simply say Hi. It’s all head nods, impressive
glares, and facial emotions for this cute pink hero.

Hopefully, this guide has given you great insight into the different characters. Learning about them makes you appreciate them even more after you've learnt about what their aim is and how they came about. We're sure that you'll agree these characters are some of the most interesting in the game world and you'll enjoy playing them even more now after reading this guide.

Nintendo has done an exception job designing characters over the years. We are sure that with this information you’ll know much more about Nintendo’s extended universe and the characters within it.

We'd love to hear the amount of fun you've had with playing these characters. Tell us which ones are your favorite and be sure to get in touch if you have any questions or suggestions. Keep having fun with these cool Nintendo characters.